← MARY KUBICA: I’VE LOVED WRITING SINCE I WAS A LITTLE GIRL
NANCY HERKNESS: READERS ARE ENJOYING STORIES ABOUT BILLIONAIRES →

In the middle of the summer the hottest titles around the world once again gathered their devoted solders/readers to battle for the top of Kindle Amazon ranks. The month of July was the month of Harper Lee. 65 years after her masterpiece To Kill a Mockingbird, the second novel by the author from Alabama was released. Guess what, the reception by the readers was amazing and Go Set a Watchman topped the rankings around the world.

A Dark Lure proved that the book may keep the initial force gained thanks to Kindle First program. The novel stays for a second month in a row in our ranks. With more than 1850 reviews averaging 4.6 Amazon stars Loreth Anne White did a great job to impress the readers. Check out her Land of Books interview here.

Two books split the eight place in July’s ranks. John Green’s Paper Towns returns to the ranks mainly thanks to the comedy movie with the same name that was released in July. The box office is pretty nice with $36 million vs just $12 million budget. A serious contender for our Book to Movie adaptation rubric.

One of the titles selected by Kindle First beat the expectations. The month before the official release of It’s In His Heart showed nice interest towards the book with average 4,2 Amazon stars from 300 plus reviews. Check out our interview with Shelly Alexander.

7. To Kill a Mockingbird by Harper Lee (New entry) 45 points

The amazing return of Harper Lee occupied the headlines of the news. To Kill a Mockingbird won Pulitzer award in 1960 and is still one of the most recognized books on the planet.

The master of Romantic suspense Nicole Show’s latest book was published at the end of June. Outlaw’s Bride was accepted positively by the readers with average 4.5 Amazon stars from 350 reviews. 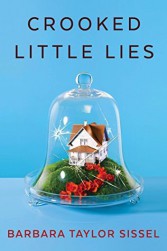 Crooked Little Lies is the pleasant surprise in our chart. Good call by Kindle First program to select Barbara Taylor Sissel’s novel. The fans of the genre describe the writing as “Another home run”. Check out our interview with the author.

4. The Girl on the Train by Paula Hawkins 67 points (3rd last month) 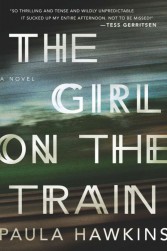 Paula Hawkins drops one place, but still is near the top. The record holder of the most first placers in our chart is keeping the front positions in a competition with some decent rivals. Take a look at our 13 Facts article about The Girl on the Train to find some interesting things about the novel. 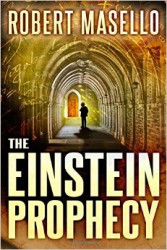 The champion of July’s Kindle first books. The criticism for The Einstein Prophecy put the book below the master line of 4 Amazon stars. Currently the novel is with average valuation of 3.9 from 600 reviews. Robert Masello is one of those writers who could be loved or hated. It’s up to you to decide. 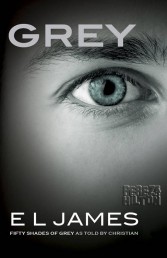 It’s very rare case in our chart to have a book with 75 out of 80 possible points, who is staying on the second place. This is the case with Fifty Shades of Grey as Told by Christian. The novel drops from June’s first position. To learn more about E.L. James and her controversial trilogy, check out our Book to movie adaptation article. 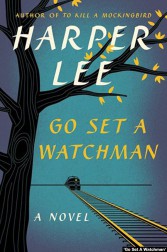 Harper Lee came back. At the age of 89 she published her second book Go Set a Watchman. Some of the readers were disappointed which caused some bad reviews. Currently the novel is standing with 3.8 Amazon stars from 2100 readers’ opinions.

← MARY KUBICA: I’VE LOVED WRITING SINCE I WAS A LITTLE GIRL
NANCY HERKNESS: READERS ARE ENJOYING STORIES ABOUT BILLIONAIRES →