NATALIE SCOTT: MY MAIN CHARACTER IS MY ALTER AGO

Natalie Scott is another new generation author, who recently published a debut book. Rules for Riders was released in July and already has a lot of positive feedback. It’s a fast paced YA novel with teen characters and very interesting story. 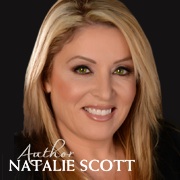 – What is your last book Rules for Riders: Best Friends Deadly Rivals about?
– After a near fatal riding accident, Bebe Barkley is banned from riding and sent off to boarding school. Finn Foxley, her roommate and partner in crime, devise a plan to get themselves kicked out of school, in order to return to the world they love.
Once back on the Equestrian circuit, best friends will become deadly rivals! Enter Billy O’Reilly, Bebe’s handsome trainer, who will enforce 7 Rules that will turn Bebe’s world up upside down forever.
END_OF_DOCUMENT_TOKEN_TO_BE_REPLACED

Check out my interview at Rita Lee Chapman’s web page

I was honored to be a guest at Rita Lee Chapman’s web page and to answer some interesting questions. Here are the Q&A, which may tell you more about me. Follow this link or read it below

– Hi Ognian and welcome to my website. Please introduce yourself and tell us something about your book.
– Hello Rita and thanks for the interview. My name is Ognian Georgiev. I am a sports journalist, working for one of the most popular daily newspapers in my country “Bulgaria Today”. Our capital Sofia is the city that I was born in 33 years ago and I am still living there with my girl Ralitza and our daughter Valeria.
I’ve written only one book “The white prisoner: Galabin Boevski’s secret story”. It was published in December 2013 in Bulgaria. The English language premiere was on 30 May 2014. The novel is about a legendary Olympic weightlifting champion, who is caught at Sao Paulo’s airport with 9 kg of cocaine. He is sentenced in Brazilian jail for 9 years and 4 months. During his stay in the prison he remembers back all his glory moments, all his championships dramas, doping scandals, betrayals and sports political issues.
END_OF_DOCUMENT_TOKEN_TO_BE_REPLACED

ISABELL LAWLESS: MY INSPIRATION CAME FROM A PREVIOUS RELATIONSHIP WITH A BAD TEMPERED MAN

Isabell Lawless’s debut novel Beast of Vanery will be released on November 23. The story has a potential to become big hit. The plot shows something that many people around the world had to suffer. We’ve got a chance to hear from the author about her new book. 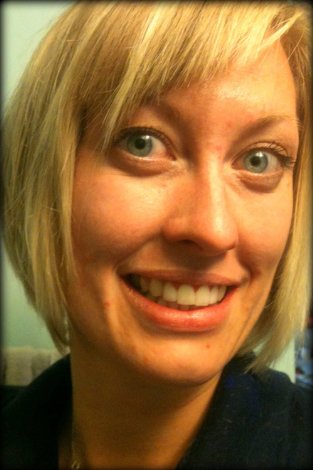 – What is your last book Beast of Venery about?
– Beast of Venery is a semi-autobiographical romantic thriller that follows Danielle fleeing an abusive and domineering ex-boyfriend. With the help and support from her new husband and surrounding family she fights his attempts to contact her and touch her in any way possible to get her back into her life

END_OF_DOCUMENT_TOKEN_TO_BE_REPLACED

MICHAEL GOLEMBESKY: THE WORLD IS SOMETIMES A VIOLENT AND UGLY PLACE

Michael Golembesky is a New York Times bestselling author after his first book Level Zero Heroes became a big hit. The novel was published in the beginning of September and very fast became huge hit. I was very honored when Michael accept my invitation for interview. Enjoy!

– What is your last book Level Zero Heroes: The Story of U.S. Marine Special Operations in Bala Murghab, Afghanistan about?
– It is the first book about Marine Corps Special Operations. In Level Zero Heroes follows the members of U.S. Marine Special Operations Team 8222 on their assignment to the remote and isolated Taliban stronghold known as Bala Murghab as they conduct special operations in an effort to break the Taliban’s grip on the Valley. What started out as a routine mission changed when two 82nd Airborne Paratroopers tragically drowned in the Bala Murghab River while trying to retrieve vital supplies from an air drop that had gone terribly wrong. In this one moment, the focus and purpose of the friendly forces at Forward Operating Base Todd, where Team 8222 was assigned, was forever altered as a massive clearing operation was initiated to break the Taliban’s stranglehold on the valley and recover the bodies.
From close-quarters firefights in Afghan villages to capturing key-terrain from the Taliban in the unforgiving Afghan winter, this intense and personal story depicts the brave actions and sacrifices of MSOT 8222. Readers will understand the hopelessness of being pinned down under a hail of enemy gunfire and the quake of the earth as a 2000 lb. guided bomb levels a fortified Taliban fighting position.
A powerful and moving story of Marine Operators doing what they do best, Level Zero Heroes brings to life the mission of these selected few that fought side-by-side in Afghanistan, in a narrative as action-packed and emotional as anything to emerge from the Special Operations community contribution to the Afghan War.

END_OF_DOCUMENT_TOKEN_TO_BE_REPLACED

Mark Peterson published in July his new novel Killzone: Book 1 of the Shadowkill trilogy. It was his seventh production in his writer’s bio. Mark loves different genres. Let’s her from him about his new book and many more interesting things that we were able to discuss.

– What is your last book Killzone: Book 1 of the Shadowkill trilogy about?
– Killzone is about two college students, Lucas and Tre, who win an MMOFPS video game competition and find themselves recruited by the United States government to control a team of robotic soldiers called SHADOWs (Strategic Hazardous Android for Defensive Operations and Warfare). It’s an alternative history technothriller set in mid-2006, at the height of the war on terror in Iraq.
END_OF_DOCUMENT_TOKEN_TO_BE_REPLACED

BRANDY ISAACS: I WAS INSPIRED BY A DREAM THAT A FRIEND HAD

Brandy Isaac’s last book That Which is Lost was published in May. Our next author is having another job to live with, but she is still producing excellent peace of writings. Enjoy our next Q&A. 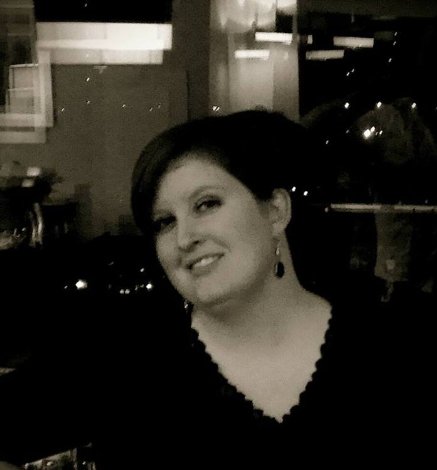 – What is your last book That Which is Lost about?
– I like to call it “a ghost story…with complications.” Talia is haunted by a lot of things–not the least of which is herself.
– How you decide to write the story?
– It was actually inspired by a dream that a friend had. In the dream she was a part of a group of ghost hunters and they resorted to some pretty extreme measures and it grew from there. The end result, That Which Is Lost, didn’t turn out how I expected it too–but I never try force anything I write. I find that when a story is working it starts writing itself–and you have to go with it.
END_OF_DOCUMENT_TOKEN_TO_BE_REPLACED

MIKE JANSEN: WE HAVE A SCI-FI AND FANTASY RENAISSANCE IN THE NETHERLANDS

Mike Jansen is one of the most talented authors in Netherlands. He won many awards and recently published his novel The Failing God: The First Chronicle of Cranborn (Chronicles of Cranborn Book 1). Let’s enjoy the next portion of interesting Q&A.

– What is your last book The Failing God: The First Chronicle of Cranborn (Chronicles of Cranborn Book 1) about?
– The Failing God is the first part in five volume epic dark fantasy series. It deals with the affairs of several characters from various factions in the rich and detailed world of Cranborn, during a time of conflict and change. Driving it all is a number of prophecies, but one could ask which prophecy is telling the truth…
END_OF_DOCUMENT_TOKEN_TO_BE_REPLACED

OWEN H. LEWIS: SCI-FI GIVES ME A CLEAN SLATE TO START OVER AGAIN

Owen H. Lewis recently published his debut novel The Mark of Man. He dropped a real estate business in order to concentrate in writing. Let’s hear his story.

– What is your last book, The Mark of Man, about?
– The Mark of Man is a novel about a future where humanity’s cannon of accepted philosophies are challenged and our passive inertia is confronted.
The central premise concerns a mark on the wrist which indicates the date of death of the holder – contrary to previous tales; this is posited as a genetic anomaly. So the race is not a simple chase and pursuit tale from evil overlords with a reliance on the familiar clichés and tenets, but one that concerns the whole of humankind and compels everybody (including the reader) to try to find an answer to this ticking doomsday clock.
The book races along as a first rate adventure yarn with the protagonist counting down the days he has left, whilst trying to come to terms with losing the love of his life. Fate however seems intent on throwing them back together.
The discovery of another Earth like planet gives hope for a solution to ‘The Mark’ and an expedition is mounted. The subsequent settlement is explored in remarkable detail. Political layers are exposed and the society revealed carries real depth, as our characters become intertwined in some of the darker corners of this new world and the secrets it holds.
END_OF_DOCUMENT_TOKEN_TO_BE_REPLACED

FRANK MUNDO: THE WRITER’S REPUTATION CAN BE RUINED BY PUTTING OUT UNREADY WORKS

Frank Mundo describes himself as a reader. In fact he is full time writer and a reviewer for some prestigious magazines. We will have a chance to learn something more about his last book Different in the next Q&A interview.

– What is your last book Different about?
– Different is about a 12-year-old boy named Gregory Gourde who wakes up in his bed one morning with an impossible new feature: his head has become a watermelon. We follow Gregory down a rabbit hole of sorts to an elite prep school whose recruits are the most brutally bullied students on the planet in an audacious exploration of what it really means to be different.
END_OF_DOCUMENT_TOKEN_TO_BE_REPLACED

GARY KARP: DO NOT JUDGE YOURSELF

It’s an honor for me to present our next guest – Mr. Gary Karp. He is mindfulness coach, author and certified hypnotist. His first book Clarity is Power: The 5 Steps to Creating Empowering Goals that will Excite and Inspire You received very positive feedback and has 4.5 rating in Amazon.

– What is your book Clarity is Power: The 5 Steps to Creating Empowering Goals that will Excite and Inspire You about?
– Clarity is Power offers a step by step blueprint to help you get clear on what you truly want in life and shows you how to achieve it. Each chapter in the book guides you through simple, practical exercises that help you get clear on your goals, gives you compelling reasons to achieve them, makes sure your values are aligned with your goals so there is no self sabotage, shows you all your resources for achieving your goals, and helps you create an action plan.
END_OF_DOCUMENT_TOKEN_TO_BE_REPLACED

Tags: author, Clarity is Power: The 5 Steps to Creating Empowering Goals that will Excite and Inspire You, interview, self coaching