← BRANDY ISAACS: I WAS INSPIRED BY A DREAM THAT A FRIEND HAD
MICHAEL GOLEMBESKY: THE WORLD IS SOMETIMES A VIOLENT AND UGLY PLACE →

Mark Peterson published in July his new novel Killzone: Book 1 of the Shadowkill trilogy. It was his seventh production in his writer’s bio. Mark loves different genres. Let’s her from him about his new book and many more interesting things that we were able to discuss.

– What is your last book Killzone: Book 1 of the Shadowkill trilogy about?
– Killzone is about two college students, Lucas and Tre, who win an MMOFPS video game competition and find themselves recruited by the United States government to control a team of robotic soldiers called SHADOWs (Strategic Hazardous Android for Defensive Operations and Warfare). It’s an alternative history technothriller set in mid-2006, at the height of the war on terror in Iraq. 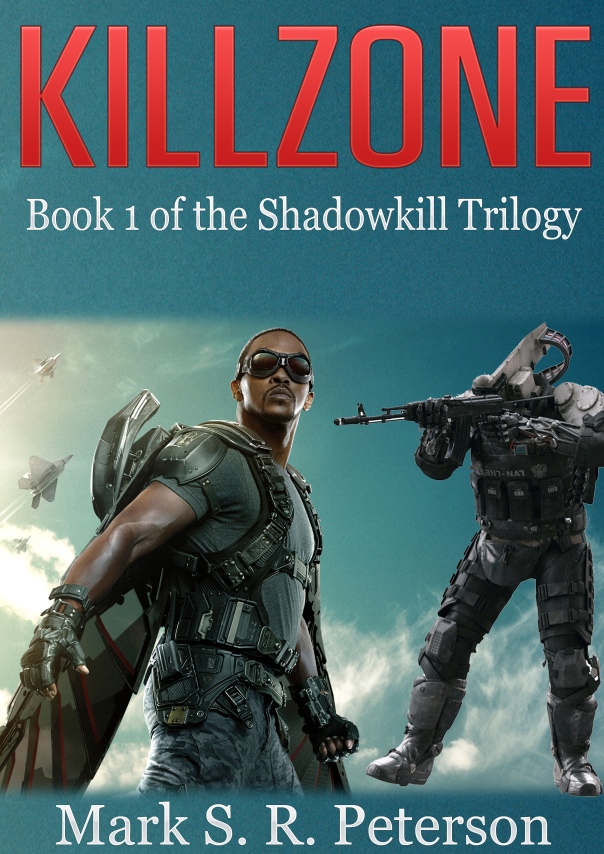 Check out more about Mark at his web page
Take a look at his books
Killzone: Book 1 of the Shadowkill Trilogy
Guest Of Honor: A Novelette
Beholder’s Eye: A Thriller Novel (Central Division Series, Book 1)
If Walls Could Talk: A Terrifying Short Story Collection
Debt-Free I Do: 99 Ways To Have A Memorable Wedding On A Shoestring Budget (Mr. Shoestring Book 1)
Gabriel’s Hope: A Novella
The Things They Collected

← BRANDY ISAACS: I WAS INSPIRED BY A DREAM THAT A FRIEND HAD
MICHAEL GOLEMBESKY: THE WORLD IS SOMETIMES A VIOLENT AND UGLY PLACE →