MARTY WINGATE: JULIA FROM EMPTY NEST IS PART OF ME

Marty Wingate is one of the best garden experts. She uses her knowledge for plants to create a magnificent mystery world. Our next guest is releasing her newest book Empty Nest on December 1. This is the reason for our conversation.
We will feature, as well, some others interesting things about Marty and her writing. Let’s say a warm welcome to lady Wingate 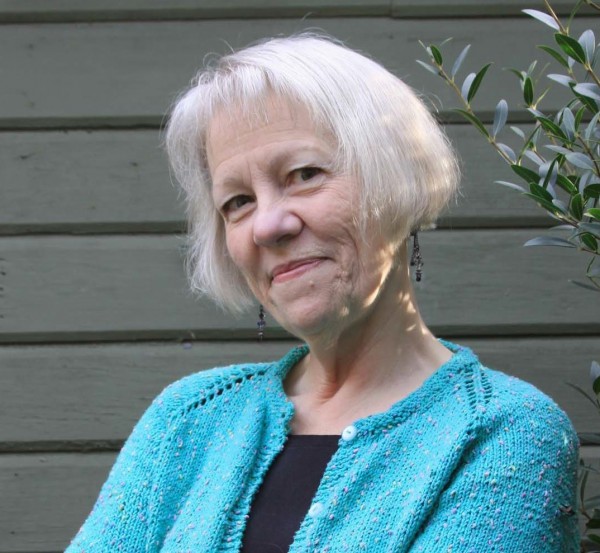 – Marty, what is your next book Empty Nest about?
– Julia Lanchester, who runs a tourist information center in a village in Suffolk, England, is trying to juggle one too many balls – she’s got several big events planned, is living with the Earl who owns the estate (well, staying in a room in the manor – although he’s like it to be more), and sorting out a new boyfriend. And then, one of the guests in the Hall is murdered. It all seems to have something to do with sparrow hawks.

END_OF_DOCUMENT_TOKEN_TO_BE_REPLACED

13 FACTS ABOUT THE GUILTY BY DAVID BALDACCI

David Baldacci’s newest release The Guilty jumped directly into Top 3 of the hottest Kindle titles. So far the feedback is pretty awesome with average 4.3 stars from 220 Amazon reviews.

The popular author from Richmond was already a guest in our 13 Facts rubric. He is the first person who will be our target for second time, but now the focus will be around his new thriller. We will surprise you, as well, with some other news around the American writer.

The Guilty is book number 39 in David Baldacci’s career

The main protagonist, Will Robie, appeared for the first time in the initial book of the series The Innocent. The novel was released in 2012 with huge success.

END_OF_DOCUMENT_TOKEN_TO_BE_REPLACED

LEANDA DE LISLE: TUDOR: THE FAMILY STORY CAST THE ORIGINS OF THE DYNASTY IN A NEW LIGHT

Tudor dynasty is a source of many history books and historical researches. Leanda de Lisle explored and told the story starting from not so well known facts.
Her book Tudor: The Family Story received huge positive critics by the readers and is standing with solid average of 4.4 Amazon stars from 118 reviews. “Beautifully Written”, “Great insight”, “Something absolutely fabulous,” were just part of the fans’ reactions.
It’s a real honor to introduce you at Land of Books Leanda de Lisle.

– Leanda, how your book Tudor: The Family Story is different from all others, which are related to the powerful dynasty?
– Most books on the Tudors only get going with the reign of Henry VIII. Mine begins much earlier, with the origins of the dynasty, and cast them in a new light. It also addresses many lesser known but important family members.
END_OF_DOCUMENT_TOKEN_TO_BE_REPLACED

LANA HART: THE BEJEWELED BOTTLE IS A CRAZY, SCARY, MYSTERIOUS AND ROMANTIC ADVENTURE

The third part of Curious Collectibles series, The Bejeweled Bottle by Lana Hart was released at the end of September. The novel follows the success of the two previous books. With an average 4.4 Amazon stars from 16 reviews the fresh title is the main theme of our next conversation. It was a real pleasure to get such interesting and deep answers to all Land of Books’s questions.
Dear friends, let me introduce you the charming lady Lana Hart.

– Lana, what is your book The Bejeweled Bottle about?
– The Bejeweled Bottle is a crazy, scary, mysterious, and romantic adventure through time and space that takes us to ancient Egypt and the ill-fated Titanic. When Nikki Brewer, our intrepid hero, unwittingly purchases a cursed bottle from Mrs. Clathermont’s Curious Collectibles antique store, she has no idea she’ll end up meeting a djinni—or that she’ll fall in love with him. Nor does Nikki realize the danger that puts her in.

– How did you decide to write the Curious Collectibles series?
– I’ve long been inspired by media that’s about creepy New England towns. Washington Irving’s Sleepy Hollow, H.P. Lovecraft’s Innsmouth, Ragnar Tørnquist’s Kingsmouth and Savage Coast, John Saul’s Blackstone, almost anything by Stephen King—they’ve all been significant influences on me for as long as I can remember. I wanted to write something that explored a small town as it slowly devolved from a quaint tourist attraction into a hive for all things dark and macabre, and then I wanted to add a twist: the theme of true love. Part of that is probably inspired by the TV series Once Upon a Time. I just think when there’s romance involved, the stakes are always higher. And who doesn’t like a little romance?
END_OF_DOCUMENT_TOKEN_TO_BE_REPLACED

PHILIP DONLAY: DONOVAN NASH IS A MAN WITH A BIG SECRET

Philip Donlay released the fifth part of Donovan Nash series, Code Black, in the middle of October. The next chapter of the airplane thriller was compared with a page-turner novel. “I couldn’t put it down”, “Exciting novel”, “A hold-your-breath thriller,” were the initial reactions by the readers.
With average 4.8 Amazon stars the title is a must for the fans of the genre.
Dear friends of Land of Books, let me introduce to you Mr. Philip Donlay. 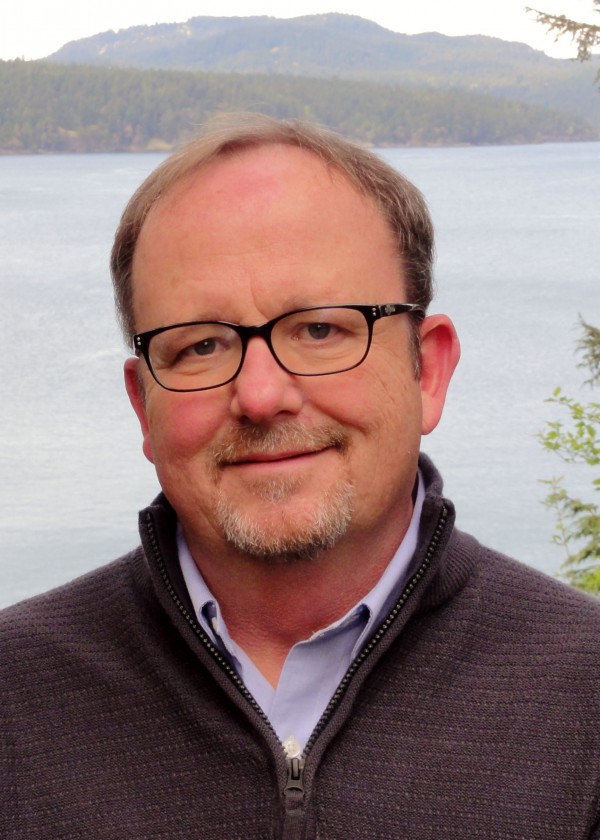 – Philip, what is your book Code Black about?
– Code Black is the highest level of snow emergency at Chicago O’Hare Airport. The book is about two airplanes colliding. One crashes, one doesn’t, and the epic rescue to do whatever it takes to save the people aboard the remaining plane.
END_OF_DOCUMENT_TOKEN_TO_BE_REPLACED

Two weeks ago Victoria Thompson published the next part of her Gaslight Mystery series Murder on St Nicholas Avenue. With the unique style of Western Pennsylvania based writer it’s another hit in a making. The novel already received 30 plus reviews with average 4.6 Amazon stars.
It’s a great honor for Land of Books to introduce Victoria Thompson. 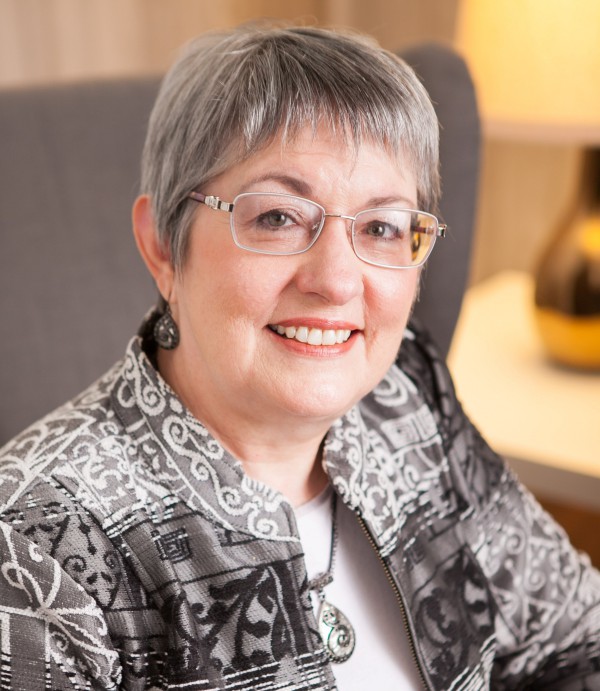 – Victoria, what is your book Murder on St Nicholas Avenue about?
– Detective Sergeant Frank Malloy and Sarah Brandt are not the only ones who have recently tied the knot. Family friend Mrs. O’Neill was delighted when her daughter Una wed charming millionaire Randolph Pollock. She didn’t wonder why such a wealthy man would want to marry a poor Irish girl, no matter how pretty she was. But now Mrs. O’Neill has a problem.
Pollock’s servants have found their employer bludgeoned to death with Una cradling his body. Rendered mute by the horror of her husband’s death, Una cannot explain what happened, so the police have charged her with murder and locked her away in the Tombs to await trial.
Mrs. O’Neill would like Frank to investigate the case and save Una, yet with Frank and Sarah still on their honeymoon, it’s up to the other members of their newly formed household to do some detective work. But solving the mystery behind Pollock’s death means first discovering the truth about who he really is…
END_OF_DOCUMENT_TOKEN_TO_BE_REPLACED

COLLEEN DONNELLY: ANNABELLE FROM MINE TO TELL IS AMALGAMATION OF WOMEN AND THEIR DESIRES

Colleen Donnelly’s third book Mine to Tell became her brightest literary jewel. The novel was released on August 25. Until now the title gathered almost 100 reviews with stunning average of 4.8 Amazon stars. “I was hooked on the first page”, “Best fiction novel I’ve ever read” and “Unique and fascinating way to tell a story,” are few of the readers’ comments.
Land of Books is happy to meet Colleen Donnelly. We are sure that you will share the feeling.

– Colleen, what is your book Mine to Tell about?
– Mine to Tell, at the heart of it, is about forgiveness, and I use the clash of family guilt and innocence to bring that out. Annabelle’s great-grandmother, Julianne, was accused of adultery by Annabelle’s great-grandfather. The family ostracized Julianne and for three generations never questioned the accusation. Annabelle, the first female born in the family since Julianne, doubts her great-grandmother’s guilt and sets out on a course that upsets her family and affects her own engagement so she can learn the truth.
END_OF_DOCUMENT_TOKEN_TO_BE_REPLACED

WINTER RENSHAW: ARROGANT PLAYBOY WAS THE MOST FUN I’VE EVER HAD WRITING

Winter Renshaw appeared in the romance world earlier this year. The promising author made a dream career start with her first books. Now she continues with another smashing hit Arrogant Playboy. The novel was released on November 3, and jumped directly into Top 20 Kindle bestselling list.
It’s a great pleasure to welcome one again at Land of Books mysterious writer Winter Renshaw. If you missed our first interview – check it out here.

– Winter, welcome back to Land of Books. Tell us about your new release Arrogant Playboy?
– Arrogant Playboy is the third book in my ‘Arrogant’ series. The hero, Beckham King, is a former FLDS lost boy who moved to New York City, changed his name, and opted for a self-indulgent lifestyle. In the opening scene, he’s just ended a one-night stand with a woman, Odessa Russo, who is sort of an anomaly to him. Normally he’s the love ’em and leave ’em type, but she piques his interest. That doesn’t happen often, if ever. So he pursues her, much to her dismay, and she resists him as best she can, but a handful of unforeseen circumstances throws them together in ways neither of them could’ve ever anticipated.
END_OF_DOCUMENT_TOKEN_TO_BE_REPLACED

ADA SCOTT: I WANTED STILL A BAD BOY TO BE ABSOLUTELY SMOKING HOT

Ada Scott describes herself as a former office drone and former nurse, who now spends every waking moment doing what she loves. The result is her very first novel Still a Bad Boy.
The book made shining premiere around Amazon bestselling list reaching Top 10. The readers’ response was brilliant with average 4.5 stars from 180 reviews.

– Ada, what is your book Still a Bad Boy about?
– It’s about an innocent young girl who is unexpectedly thrust into a world of lust and danger with a powerful man who has a legitimate business front, but a history of crime and violence as well as an ongoing personal vendetta that he can never let go of.
END_OF_DOCUMENT_TOKEN_TO_BE_REPLACED

KAYLEE SONG: WED TO THE BAD BOY IS A REVERSE JULIET/ROMEO STORY

Kaylee Song is a talented romance author living in Charm City. She released her latest novel Wed to the Bad Boy on October 26. With average 4.6 Amazon from 110 plus reviews the novel found a place among Top 20 Kindle Bestselling list.
Today we are happy to welcome lady Kaylee at Land of Books.

– Kaylee, what is your book Wed to the Bad Boy about?
– I always like to think that my books are about independent women and cynical men. It’s probably my trademark style. This book is no different.
I wrote both characters from the heart, Joanna is a strong, stubborn, smart woman who is running from her life in the mob. Greyson is the heir to a rival family. It’s a reverse Juliet/Romeo. It’s about how they find each other when they are forced together.
END_OF_DOCUMENT_TOKEN_TO_BE_REPLACED