ANDREW MILNER: WRITING SONGS IS AS MUCH CREATIVE PROCESS AS WRITING A BOOK

Andrew Milner’s last novel Card School was released two weeks ago. He is our next guest, who will put some light on his new book. It’s time for another fresh interview. 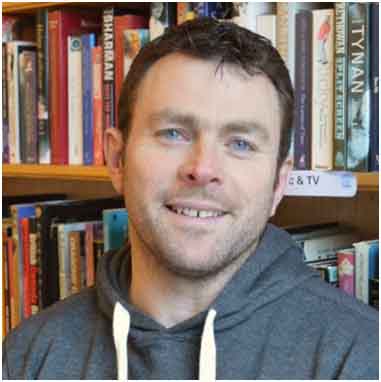 – What is your latest book Card School about?
– Card School is about a ten year old boy Michael Dawson who loses both his parents in a car crash whilst they are on an overseas mission. He is staying with his Auntie until they get back. He never said goodbye as he believed they would return home. His Auntie doesn’t really want him and sends him to boarding school. He has to grow up fast and begins to believe that the school has a dark side, so sets out to find out what it is all about. The answers at times seem to get a bit too close but one unlikely person comes to his aid but it may all be too late.

– How did you decide to write the story?
– When I am writing a book I start to think of ideas for the next one. I came up with a title and started to build the ideas around it. Usually I struggle to come up with a title, but the title led me to the ideas which I thought was worth pursuing.
– What was the biggest challenge during the write up process?
– I was unsure how to end the story and right up until I was in the last few chapters I was still unsure. I wanted the book to lead the way which it did as the ending g wasn’t the one that I planned. I wanted to write the ending that was right for the book and not the one that I wanted or thought others would want.
– Tell us something more about your main character? Is it close to someone from your real life?
– No, he is not based on anyone. I have used locations in the book as I have done in my first two. I grew up in Pudsey in Leeds UK and there is a lot of the area around there in my first two books. In Card School I mention the primary school that I attended and used the street in my thoughts for a part where Michael returns to his home and a small street nearby for his Auntie’s house.
– How much time did you need to finish the story and to publish it?
– I would say I had the idea for about 18 months and would jot down a few ideas whenever they came but overall it took maybe eight months to write.
– Who are you?
– That’s a tough one. I’m Andrew Milner, a dad firstly. I have always enjoyed being creative in some way. I have been in rock bands, I have written songs and used to make up stories in my childhood. I live in East Yorkshire UK and I work full time.
– What are your writing habits?
– I like to get up early and write as the day’s events get in the way if you wait until later. I try to write minimum 500 words everytime I sit at the computer.
– Are you satisfied by the sales of the book?
– Card School has only just been released. Am I happy with sales from A Far Reaching Dream and The Hidden Path Home. I think I need to tell more people about them.
– What are you doing to promote your book by the best possible way?
– I use social media and have my own author page on Facebook, I use twitter and rabbit on about them. I have a lovely lady called Rebecca Emin who is helping me with some publicity now. I am also doing interviews as well as doing my own blog and have a website.
– Give us some insights about your previous two novels The Hidden Path Home and A Far Reaching Dream?
– The first book A Far Reaching Dream was written about fifteen years ago and left in a drawer until 2013 when it was published by Lodge Books in Bridlington. This is the story about Kate Arlen who confesses to her boyfriend that she has had an affair. Later that night her boyfriend is tragically killed in a car crash. He, Pete starts entering her dreams and she believes that he is trying to kill her. This all becomes a bit too much for her and she has a break down. When staying in a psychiatric hospital she meets someone who unravels the answers through a family secret giving Kate the chance for renewed happiness.
I didn’t intend to write a follow up to the first one but a few people said to me that it could have gone further. So I decided to write the sequel which is called The Hidden Path Home. This is the next chapter if you like and what happened about two years later but from a different angle.
– You’ve been a musician. How music helps to creative writing in your point of view?
– Writing songs is as much as creative process as writing a book. You need the idea in the first place to bounce around and chop and change. It is a layer structuring process. When I write a song I would either start with an idea for a lyric and then mess about on the guitar. Once the basics are in place it becomes like a jigsaw, which is just how a book is written. The idea is added to and then characters become alive as the plot evolves.
– When we will see your next novel?
– I am currently writing my next one but also have another that I wrote years ago which I am re-writing. I initially intended to write one book per year but I had two out last year so I am looking at May as the target date for the next one.
– With 3 kids around you how you find time to focus on writing?
– My eldest is 25 and lives in Rochdale now and my daughter is 19 so it is really only my 12 year old who needs me around. My girlfriend is very supportive but I tend to write when I can so he is usually at school or on the Playstation.
– If you may ask yourself one question in the interview what it will be? (Don’t forget to answer)
– Where do you see yourself in five years time?
I am currently writing some children’s books and have other projects in the making. I would like to be successful at what I do and for people to talk of my work. I am also working on a TV script so hopefully things will be good.