← ANDREW MILNER: WRITING SONGS IS AS MUCH CREATIVE PROCESS AS WRITING A BOOK
ANDY WEIR: RESIST THE URGE TO TELL FRIENDS AND FAMILY YOUR STORY →

Fay Risner is a veteran among the self-publishing authors. She started to use CreateSpace in 2008. Our next featured guest wrote 38 books. The last one was Doubting Thomas: Nurse Hal Among The Amish. 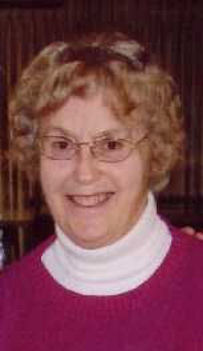 – What is your last book Doubting Thomas: Nurse Hal Among The Amish about?
– 7th in the series and my thirty eighth book. Emma Lapp plans her wedding. All Old order Amish weddings follow the same format. Except while Emma handles the wedding plans her husband-to-be is never around. Adam Keim, a mute, writes to communicate. He said he’d be busy all summer at his Furniture shop. Emma accepted that until she found out a woman labeled a man magnet is Adam’s new sales clerk. Emma is called a Doubting Thomas for thinking bad about Adam and the sales clerk. She confronts Adam, and it looks like the wedding might be called off.

To learn more about Fay check out her Blog
Twitter

← ANDREW MILNER: WRITING SONGS IS AS MUCH CREATIVE PROCESS AS WRITING A BOOK
ANDY WEIR: RESIST THE URGE TO TELL FRIENDS AND FAMILY YOUR STORY →