BILL WARD: THERE ARE MANY GREAT INDIE AUTHORS

Bill Ward published his second book Encryption in February. It’s a fast paced thriller. The reviewers find a lot of common things between Bill Ward and Michael Crichton. In the following interview another talented indie author speaks about how he transformed from IT specialist to a successful writer.

– Bill, What is your last book Encryption about?
– In a small software engineering company in England, a game changing algorithm for encrypting data has been invented, which will have far reaching consequences for the fight against terrorism. The Security Services of the UK, USA and China all want to control the new software.
The Financial Director has been murdered and his widow turns to her brother-in-law to help discover the truth. But he soon finds himself framed for his brother’s murder.
When the full force of government is brought to bear on one family, they seem to face impossible odds. Is it an abuse of power or does the end justify the means?
Only one man can find the answers but he is being hunted by the same people he once called friends and colleagues. 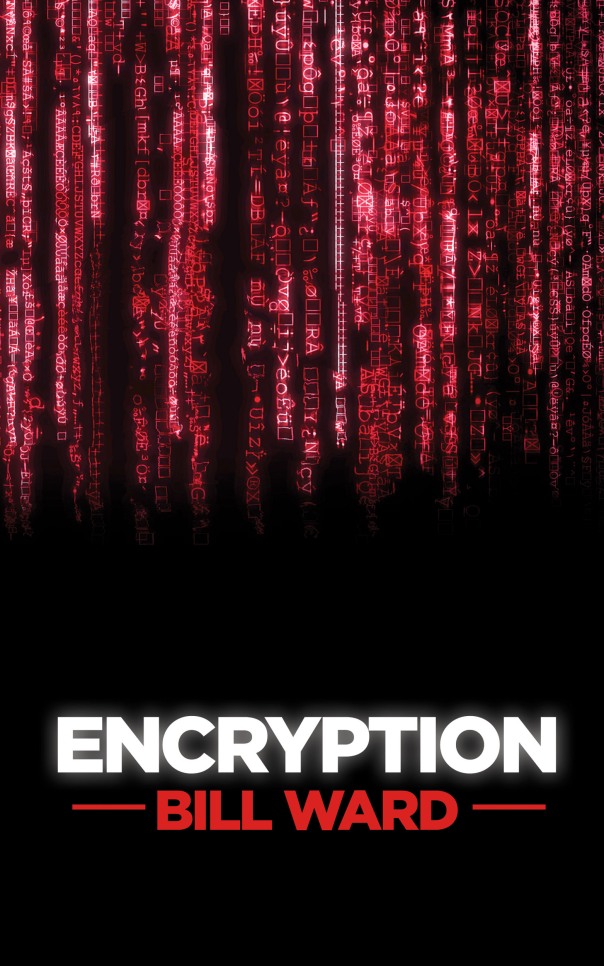 – How did you decide to write the story?
– My new thriller Encryption tackles very topical issues. The leaks by Snowden reveal how everything we write is being read by the world’s security services. Encryption will make readers think about our respective governments and the things they do in our name.
While the story is fundamentally a murder mystery it raises important questions about our privacy, the role of the NSA and GCHQ in our daily lives, and what sort of world we want to inhabit.
– What was the biggest challenge during the write up process?
– I had to explain the technical side of Encryption in such a way that non-technical readers would understand.
– Tell us something more about your main character? Is it close to someone from your real life?
– Well the main character is Peter Hammond and he works for MI6 so in truth there are few similarities. I guess I did give him my beliefs with regard to values.
– How much time you need to finish the story and to publish it?
– It took me 6 months from start to finish.
– What may you say about your first book Revenge?
– It’s an action packed crime thriller dealing with terrorism and a number of people seeking revenge for different reasons. It’s fast paced and has a number of twists you won’t see coming.
– Who are you?
– I have spent my life working in IT and lived and worked around the world. At the beginning of 2013 I decided to retire from the corporate world and write thrillers. I had always written bits and pieces but finally had the opportunity to complete a full novel, which was Revenge.
– What are your writing habits?
– I am sat at my compute a large part of the day but my partner runs a business from home and I have a house full of kids so I have a flexible timetable.
– Are you satisfied by the sales of the book and do you plan another one?
I am very happy with the sales numbers but I invest a great deal of time in promoting my books.
– What are you doing to promote by the best possible way your book?
– I have tried to immerse myself in the writing community and support my fellow authors. I contribute to many forums including Facebook, Goodreads, RaveReviewBookClub and many more.
– You’ve got very wise sentence: “Wherever you go you will find good and bad people”. How many years you need to form it?
– I travelled all over the world for my job from my late twenties to my forties and after a few years of being exposed to many different cultures I had formed this opinion.
– Did you ask yourself why you start to write so late?
– I had a very successful but demanding IT career and kids from a young age so I never really found the time to focus on my writing.
– How the English football fans are so much in love for their clubs? Even if they play in Division 5, they will still coming to the stadiums to cheer for them.
– I am a massive football fan and travel 4 hours each way to watch West brom every other week. My Dad took me when I was a kid and I take my children so I guess it’s in our blood from a young age.
– You’ve got seven daughters, how many rifles did you have when they were growing up?
– I have never had any significant problems with any of my children. I have been extremely lucky they are all beautiful, happy and healthy.
– If you may ask yourself one question in the interview what it will be? (Don’t forget to answer)
– Do you think we should take Indie authors seriously? Absolutely. I have read great books by traditionlly published authors and by Indie authors. Many famous authors such as JK Rowling, Stephen King, John Grisham were rejected by publishers multiple times. Today an author in a similar situation is likely to turn to self publishing. There are many great Indie authors!