← BILL WARD: THERE ARE MANY GREAT INDIE AUTHORS
PETER FRYER: I SEEN THINGS THAT CAN NOT BE EXPLAINED →

JOHN GAVER: THE INCOME TAX HAS TURNED THE IRS INTO A BEHEMOTH

John Gaver is one of the best tax specialists in USA. He is a public speaker, a special guest at radio and TV shows and the author of the book The Rich Don’t Pay Tax!… Or Do They? I was astonished by the level of info and professional insights John gave in his interview for the blog. So take your seat and enjoy! 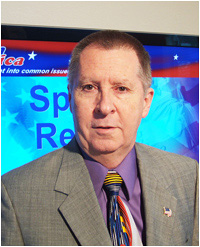 – What is your last book The Rich Don’t Pay Tax!… Or Do They? about?
– This book begins by using actual IRS Collections Data (including URLs to download that data from the IRS website), to prove beyond any shadow of a doubt, which income groups actually pay what amount of the federal income tax load. Having established the undeniable existence of a huge disparity in tax collection across income groups, the book then leads the reader down a statistical and logical path, clearly demonstrating that this disparity in taxation is causing a serious, but almost un-noticed threat to our economy. This disparity is causing an alarming loss of tax revenue, investment income, and jobs in the USA. But not being one to predict gloom and doom, without also providing a workable solution, the author devotes the third section of the book, to laying out a solution that easily and fairly addresses the problems discussed earlier in the book.
Unlike most books on the subject of taxes or the economy, that can be understood only by policy wonks and PhD economists, “The Rich Don’t Pay Tax! …Or Do They?” doesn’t rely on vague economic theories or abstract terminology. Instead, it leads the reader, in plain english, through each step in the logical and statistical evidence, to a conclusion that becomes clear, once that evidence is uncovered and tied together.

Check out more about John Gaver at his web page

Look out his book:
The Rich Don’t Pay Tax! …Or Do They?

Posted on September 15, 2014, in Author, Interview and tagged author, book, interview, John Gaver, tax, The Rich Don’t Pay Tax!... Or Do They?. Bookmark the permalink. Leave a comment.

← BILL WARD: THERE ARE MANY GREAT INDIE AUTHORS
PETER FRYER: I SEEN THINGS THAT CAN NOT BE EXPLAINED →