← JONATHAN MARTIN DIXIT: MY WIFE SUGGESTED THAT I WRITE SOMETHING
BILL WARD: THERE ARE MANY GREAT INDIE AUTHORS →

C. S. Burrough is our next guest author, who agreed to share his thoughts in Q&A for the blog. Colin wrote a history novel Or Forever Be Damned. His experience in theater adds another exotic flavor to the writing. Let’s enjoy the interview. 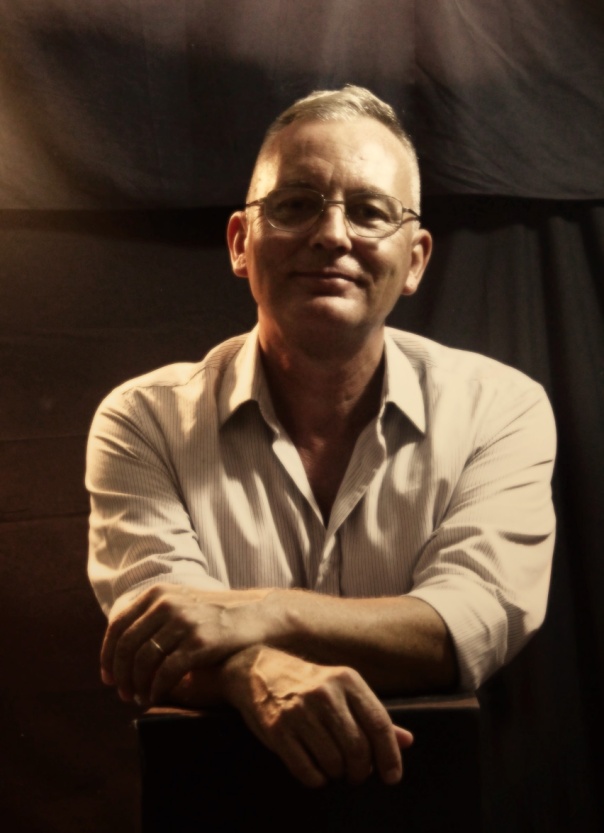 – What is your book Or Forever Be Damned about?
– It is an historical saga spanning eight decades, following the lives and families of two very different women who escape the slums of northern England’s ‘Cottonopolis’ in the 1930′s Slump.

– How did you decide to write the story?
– I was always fascinated with historical detail and love reading fiction classics, including family sagas. I also grew up around, and then worked in, the theatre for many years, so have a thorough working knowledge of that industry, its people, background and traditions. This peculiar mix of ideas has whirled around in my head, like a spectre which I wanted to exorcise, work out of my system by expressing it in my own unique fictional form. After writing various other genres I wanted, for a long time, to create my own dramatic saga, using my combined knowledge of history and theatre, and incorporating my own literary style and character creations.
– What was the biggest challenge during the write up process?
– My own need for historical precision. I spent two years painstakingly researching the novel’s historical timeframe and geography, so as to accurately position each fictional character: geographically, circumstantially, socially, professionally, emotionally and stylistically. The more fine detail my historical research uncovered, the more fascinated I became and the more compelled I was to delve even further. It became challenging imposing my own limits onto this exercise, tempting to continue indefinitely.
– Tell us something more about your main character? Is it close to someone from your real life?
– There is no orthodox protagonist verses antagonist. Instead I have two main female characters, each sympathetic yet flawed. Mona, who we meet first, is a poor but respectable Protestant teenaged factory girl, tormented by sibling rivalry over her favoured artistic younger brother, Ambrose. Untrained and against parental orders, stagestruck Mona resolves to outshine Ambrose, furtively pursuing a theatrical career. Into her journey, Mona unearths her younger bête noire, Kat, a Catholic rough-diamond, a child-veteran entertainer who, conversely, yearns to escape theatre life. So begins their lifelong enmity. The reader decides who is the more sympathetic, but is unpressured into siding. Neither woman is based on anyone from my personal life. Their various relatives, too, are entirely fictional, an exercise in human drama, explorations of the human psyche.
– How much time you need to finish the story and to publish it?
– This story took two years and is published. That timeframe is normal for anything I write.
– What about your other novels, short stories and novellas?
– I’ve written and published various stories and novellas over 25 years, some are listed on AusLit http://www.austlit.edu.au/austlit/page/A18776?mainTabTemplate=agentWorksBy
– Who are you?
– I’m a Sydneysider who writes. I love cats, sunshine and beaches, ride a scooter and read a lot. My name is Colin.
– What are your writing habits?
– When tied to a project, I write at all times of the day and night. I also go for long periods without writing, to ‘recharge’ my creative motor.
– Are you satisfied by the sales of the book and do you plan another one?
– It is too soon to say about this book’s sales, but I am delighted with its critical reception.
– What are you doing to promote by the best possible way your book?
– I mostly share information about it on social media.
– Which is tougher to write, a theater production script or a novel?
– I wrote scripts and produced theatre as a full time drama student. I find novel writing the hardest most demanding as that requires so much more narrative than mere dialogue and staging. Narrative style and rhythm is the essence of good literature, for me, not just plots and characters.
– Your version on who was hiding behind Shakespeare’s works?
– I believe he wrote his own material, borrowing from ancient Greco-Roman classics. I believe he also at times wrote under instruction from powerful political propagandists. I am unconvinced that his actual penmanship needs calling into question. He learnt on the job, in theatre, becoming resourceful and erudite via his educated patrons.
– As a book reviewer, what are the most common mistakes that new authors are doing in their first novels?
– Not investing in having material professionally proof read. I’ve read and reviewed some really clumsily thrown together work. As a reviewer I’m far more forgiving than most readers I know who, once confronted with enough typos and errors, will just never consider another book by such and such a writer.
Making writing choices based on what’s popular. ‘Impersonations’ in attempts to cash in. Whether they’re aspirants of the fantasy, supernatural or erotica varieties, there’s this sense of ‘if he/she can write this, so can I.’ But fluke alone, not talent or skill, had much to do with those ‘he/she’ successes. The result is one great generic mass. Popular trends are creative comfort zones where operators gather for the safety in numbers, then struggle to compete with each other. It’s a mistake getting lured anywhere just because multitudes are already there and seemingly doing OK. The downside of following fashion is becoming invisible, indistinguishable, unmemorable.

Posted on September 13, 2014, in Author, Interview and tagged author, C.S. Burrough, interview, Or Forever Be Damned. Bookmark the permalink. Leave a comment.

← JONATHAN MARTIN DIXIT: MY WIFE SUGGESTED THAT I WRITE SOMETHING
BILL WARD: THERE ARE MANY GREAT INDIE AUTHORS →