MARTIN CROSBIE: THE STORY OF THE DEAD LIST ACTUALLY HAPPENED

Martin Crosbie made his dream-come-true in self-publishing. His efforts and success were covered by Amazon’s press release, Publisher’s weekly, Forbes Online and Mail newspaper. The author’s debut novel My Temporary Life was downloaded 150 000 times. On November 10 he released his latest book The Dead List.
Our next guest was born in Scotland, but now lives in Canada. It’s a great pleasure to introduce Martin Crosbie. 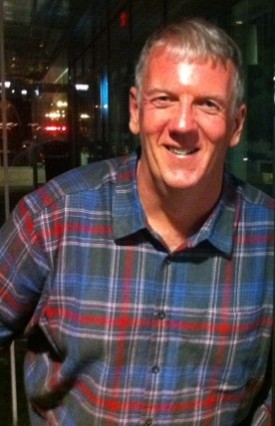 – Martin, what is your book The Dead List about?
– It’s so difficult to talk about The Dead List without giving away key plot elements, but I’ll try. It’s a story of a rookie policeman who is stationed in a small Canadian town. He has a past that doesn’t fit with an inexperienced officer. When he is called out to investigate a dead body lying in the street he knows the man has been murdered. But, he can’t reveal how he knows. And from there, the plot thickens.
END_OF_DOCUMENT_TOKEN_TO_BE_REPLACED