← AMAZON TOP 10 BESTSELLERS: AUGUST 2015
PAMELA FORD: TO RIDE A WHITE HORSE IS A HISTORY SAGA ABOUT THE POWER OF LOVE →

REGINA CALCATERRA: ETCHED IN SAND IS A STORY OF TRAGEDY TURNED INTO ONE OF HOPE AND OPTIMISM

Regina Calcaterra is best known as a top professional attorney and official in the state of New York. She decided to share her incredible child story in the memoir Etched in Sand. The book became New York Times bestseller when released two years ago. The story continues to be attractive read and is standing with impressive average 4.7 Amazon stars from almost 1800 reviews. It’s a great honor to welcome Regina Calcaterra at Land of Books.

– Regina, your Etched in Sand became a huge hit two years ago. Would you describe with your own words what the readers will find inside the memoir?
– Readers will join my siblings and I along our journey as five kids living on the fringe of society. I was one of five siblings, we all had the same mother but five different fathers. Our fathers did not stick around after we were born for too long, if at all. Our mother was mentally ill and drug and alcohol-addicted – a toxic combination for children to be exposed to. She would find us places to live, sometimes in a house or apartment and other times in cars, behind supermarkets, on the streets, in homeless shelters and when the authorities found out how we were living, we were placed in foster homes.
When our mother found us places to live, she would abandon us there for weeks or months at a time. So as young children we had to figure out how to survive by stealing food to eat and through other drastic measures. However, dark as our existence was, the older siblings would do what we could to provide a “home” to our younger siblings in an effort to isolate them for our true circumstances. At a young age, we learned that however challenging our situation was we were better off staying with our abusive and neglectful mother, than being separated in different foster homes. Unfortunately, we had some foster care experiences that exposed us to horrible abuse, so we realized it was better to stay together than get separated. I share my story in a first person narrative, so the readers can better experience our journey while also absorbing the level of optimism, resilience and tenacity we had as young children. It is a story of survival, sibling bonds, and most importantly how acts of kindness towards children in need can forever impact their lives. 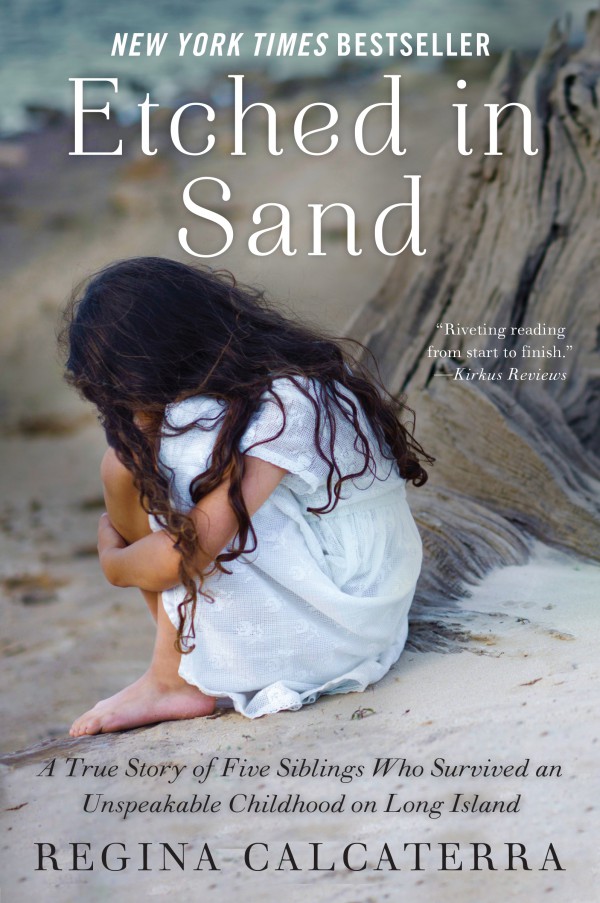 Take a look at her book
Etched in Sand

← AMAZON TOP 10 BESTSELLERS: AUGUST 2015
PAMELA FORD: TO RIDE A WHITE HORSE IS A HISTORY SAGA ABOUT THE POWER OF LOVE →