← BARBARA TAYLOR SISSEL: THE IDEA OF CROOKED LITTLE LIES CAME FROM AN EXPERIENCE
FELICITY YOUNG: I HAVE BEEN BLESSED WITH A NAME THAT MEANS HAPPINESS →

CATHERINE COULTER: NEMESIS, AS MOST OF MY FBI THRILLERS, HAS TWO MYSTERIES

Catherine Coulter’s FBI mysteries are known as one of the most thrilling stories in the genre. Her last book Nemesis was published earlier in July.
The novel was consumed right away by the fans and currently is standing solidly in Kindle Top 40 ranks with average of 4.5 Amazon stars from 220 plus reviews. “Fabulous read”, “Nail biting thriller”, and “Catherine never let me down,” are some of the readers’ opinions about Nemesis.
Our next guest is NY Times Bestselling author with 75 books behind her. We’ve got a chance to chat with Catherine Coulter for a short Q&A during her writing of the next FBI mystery.

– Catherine, what is your last book Nemesis about?
– Most of my FBI thrillers have two mysteries and NEMESIS is no exception. Special Agent Lacey Sherlock is the nemesis in this 19th FBI thriller. Not only does she bring down a terrorist at JFK Airport, working with the New York Field Office, she stops the mastermind, a hugely bad dude. You’ll appreciate that St. Patrick’s Cathedral in New York is saved, as is St. Paul’s in London. Ah, but the high speed train in France — you’ll have to read NEMESIS to see what happens.
In the second mystery, Special Agent Dillon Savich–with the help of Agent Griffin Hammersmith–has his hands full trying to track down a killer who uses others to unwittingly do his bidding. But one of his minions makes a big mistake and points Savich directly to a house of Wiccans in the small town of Plackett, Virginia. Savich knows one of them is the puppet master. But which one? When there are attempts on his life and Hammersmith’s, Savich wonders if he’s killed in a dream, will he really be dead? Scary, scary stuff.
Who is really behind the bombing attacks at JFK and St. Patrick’s? Terrorists, as it seems? Or does it go much deeper? And who is the psycho path puppet master in the small innocent town of Plackett? Dive into Nemesis and prepare for a wild ride. 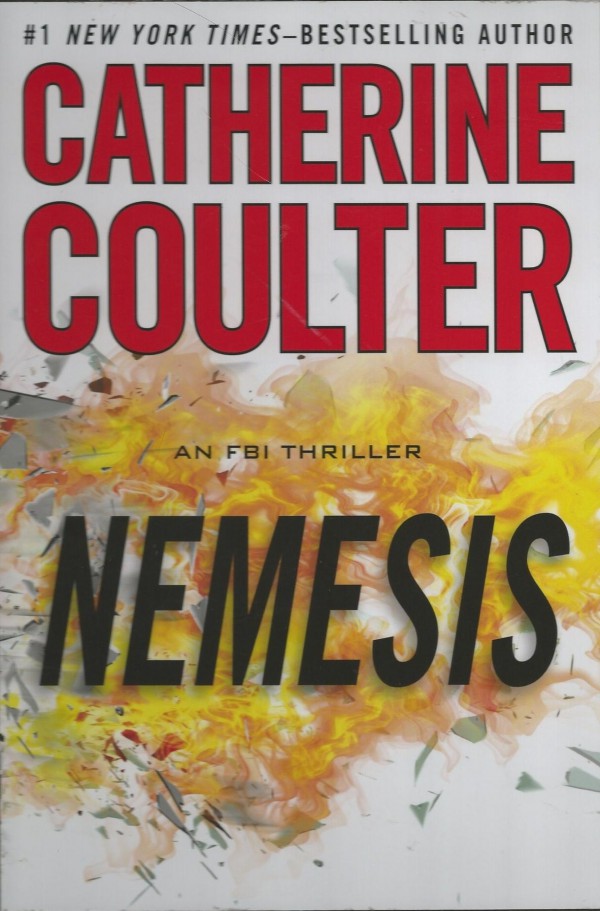 – How did you decide to focus your series on FBI?
– Serendipity — it happens all the time and it happened here. I thought making James Quinlan (from The Cove) an FBI Special Agent sounded cool and so the FBI involvement was born, that simple. I speak with people at the FBI, always ask if I want to try something to make sure it’s realistic. If I’m not right, they figure out how to make it work the way I want. There is a special unit in the FBI headquarters in Washington, D.C. that specializes in knowing everything in the universe that’s written about the FBI. In fact, the FBI invited me to come to their headquarters at the Hoover Building in Washington, D.C. I visited the forensic labs, met scores of staff and agents (but not the Director, alas), and visited the training facility at Quantico. It was an amazing experience. Talk about 10,000 plus special agents committed to keeping us all safe.
– What are you plans for future books?
– Right this minute I’m right in the middle of writing the 20th FBI thriller. As yet I have no title — trying to beat NEMESIS as a title is proving very hard.
In the 20th thriller, Savich and Sherlock investigate the attempted murder of a big mover and shaker in Washington, while Special Agent Cam Wittier is off to Los Angeles to discover who’s garroting young actresses. A serial killer, or is something else driving these very specific murders? (To be honest, I’m not yet sure exactly how this will all shake out.)
In a couple of weeks, J. T. Ellison will be here to nail down the plot for the 4th international thriller in my series, A BRIT in the FBI. (J.T. is my co-writer in my new series) The third BRIT thriller, THE END GAME, comes out in September, and will knock your socks off.

← BARBARA TAYLOR SISSEL: THE IDEA OF CROOKED LITTLE LIES CAME FROM AN EXPERIENCE
FELICITY YOUNG: I HAVE BEEN BLESSED WITH A NAME THAT MEANS HAPPINESS →