“Riveting novel”, “Masterfully crafted story” and “Mr. Hart did it again”, are just few of the comments for Cruel World, the new book of Joe Hart. The novel was released on December 2 last year. The book already gathered very nice critical acclaim with average 4.6 stars from 52 Amazon reviews. We’ve got a pleasure to speak with Joe Hart about his novels and his next plans. 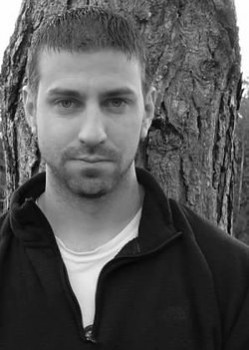 – Joe, What is your latest book Cruel World about?
– Cruel World is a post-apocalyptic horror novel surrounding a character named Quinn Kelly, who was born with a facial disfigurement called fibrous dysplasia. His father happens to be an A-list movie star who couldn’t stand the media and general public criticizing his son based on his appearance, so he left the limelight and hid them both away. Skip forward twenty years and Quinn is ready to leave the only home he’s ever known, but on the eve of his departure a terrible virus sweeps across the nation, killing most, but changing others. The rest of the novel follows him across the country in pursuit of safety in a world filled with chaos and horror.

– How did you decide to write the story?
– I had Quinn’s character in mind for a long time but never could figure out a plot that fit with him. I also had this other idea for a post-apocalyptic novel that I really liked but couldn’t fathom how I would make it work. One day I realized Quinn and the other storyline were the same novel and I went to work.
– What was the biggest challenge during the write up process?
– The biggest challenge was really making a vacant America come to life, so to speak. I wanted to make the empty towns and desolate highways as visceral as possible so I was always imagining what a scene would look like devoid of humanity. It was definitely a challenge but extremely fun as well!
– Tell us something more about your main character Quinn Kelly? Is he 100% fiction or it’s close to someone from your real life?
– Quinn is completely fictional but I have a special place in my heart for anyone who suffers from a disability, whether it be physical or mental. I wanted Quinn to be an unlikely hero, but in ways that many challenged people are in their everyday life. I know many handicapped individuals who are the most positive, life-loving, and kind people you will ever meet. I hold the highest respect for them and think we all could learn from their examples. Quinn is my embodiment of their strengths.
– How much time you need to finish the story and to publish it?
– Typically I can write a novel in a little under three months with about a month turnaround time for editing and publishing, but Cruel World is the longest novel I’ve ever written, coming in at over 125K words. I finished it in a little over five months with about two months for editing and publishing.
– The River is Dark received many positive reviews. Did you expect such a nice feedback?
– The River Is Dark is my first foray into the thriller genre and was a blast to write. I had no idea how my readers would receive it since there are no elements of the supernatural within it, but the overall reactions have been very good. Obviously any writer hopes to have his or her book well received but I think there’s always a bit of doubt when you send your work out into the world. Some people will love it, but there will always be those that it didn’t work for, and that’s to be expected.
– Who are you?
– Who am I…hmm, well that’s the question everyone asks themselves, isn’t it? I would say I’m an optimistic pessimist, always hoping for the best and expecting the worst. I’m a very good cook also.
– What are your writing habits?
– My writing habit is this: I wake normally before eight in the morning and am writing by nine. I typically write until one in the afternoon or until I hit 2,000 words, whichever comes first. When my first draft is done, I start at the beginning and comb through the entire piece before sending it off to my editor.
– Are you satisfied by the sales of your books?
– I’m very satisfied with my sales; I’ve been extremely fortunate in that respect. People in general seem to enjoy my work and review it in a positive light. I have a solid reader base and can’t really ask for more. Also, my publishing team at Thomas & Mercer that handles everything for The River Is Dark is amazing. I can’t thank them all enough for the success the book has had.
– What are the plans for your novel and what will be the story inside?
– The next novel I’m writing is a dystopian thriller that tackles some very prominent issues in our society today. At the moment I’m not allowed to say much more than that.
– What are you doing to promote by the best possible way your book?
– The best promotion that I’ve found for my work is to create more of it. The more books someone has, the more readers they will reach. The more readers they reach, the more people will talk about their work. I’m a firm believer if you write the very best book you can, have it professionally edited, put an eye-catching cover on it, and do it over and over again, you will succeed. Dedication to the craft is also extremely important. Never be satisfied with your level of creation, always strive to learn and become more adept at what you do.
– You started with writing at the age of 9. Do you remember your first literary works?
– Yes, they were mostly very short stories based on some of the other books I’d read. After that I started making more and more of my own stories up. Poetry was also a very big part of my writing for many years, which was another way to really appreciate the written word.
– Would you rate the three most important details that a horror book must have to keep the readers turning page after page?
– The three things I look for in a horror novel are extremely strong characters (though this is something I look for in every novel and to me is the most important part of a story), a sense of isolation, and a mixture of suspense and impending doom to drive the reader forward simply to see what will happen next.
– Ask yourself a question (And don’t forget to answer!)
– What is the most important part of the creation process? Finishing what you started. By actually following through on your idea and seeing it to the end, you’ve proven to yourself that you can accomplish the act you set out to do. This is extremely important because you’ll never have any readers if you don’t finish anything.