← 13 FACTS ABOUT THE GIRL ON THE TRAIN AND PAULA HAWKINS
AMAZON TOP 10 BESTSELLERS: FEBRUARY 2015 →

Born in El Salvador and raised in Washington, D.C., Consuelo Saah Baehr’s talent was found by the readers 26 years after the debut of her book Three Daughters. Amazon’s publishing house Lake Union re-released the history fiction novel. The praise came right away. With 500+ reviews averaging 4.3 stars Three Daughters is a pure example of how a self-publishing book may draw attention. Lets welcome our next guest Conuelo Saah Baehr. 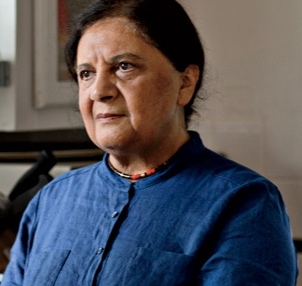 – Lady Baehr, Three Daughters was published in 1988, but still is very popular. Did you expect such success of the novel when first have been released?
– Three Daughters was out of print for many years until the advent of self-publishing allowed many writers to re-invent themselves as “digital content providers.” Jeff Bezos of Amazon provided us with a big free stage and the means to resuscitate our out-of-print books and give them the time needed to build an audience. This happened to Three Daughters. The book began to gain readership and good reviews and it was noticed by the publishing arm of Amazon. Lake Union, an Amazon imprint, re-issued the book in November and it has become a bestseller and fulfilled its potential.

Learn more about Consuelo Baehr at her Blog
Twitter

← 13 FACTS ABOUT THE GIRL ON THE TRAIN AND PAULA HAWKINS
AMAZON TOP 10 BESTSELLERS: FEBRUARY 2015 →