Dear friends, Happy New Year. In the first day of 2015 it’s time to check out the biggest hits in the literary world for December 2014. Once again the competition for the top spot lasted until the final week. The winner beats by just two points the second placer.
It’s time now for our countdown:

Detective Alex Cross once again is in the game. It’s his 22nd adventure, written by James Patterson. The master of crime thriller is sitting very strongly among most popular authors in Amazon. He is totaling a third place with all his books on market. 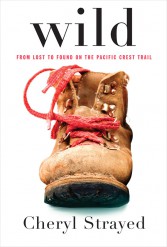 The book was released in March 2012 and still is one of the most popular titles. The novel is returning to the Top 10 bestseller list. The main reason is the film adaptation of Wild with Reese Witherspoon that premiered in December and has one nomination for Golden Glove for the best Actress. 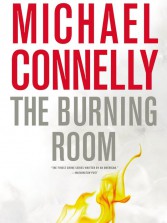 Criminals, watch your back, because Harry Bosch is returning. One of my favorite detectives once again is on a mission. He was initially rejected by readers, because of the huge $15 price for the kindle edition, but now the publishers realized their mistake and put a new value $3.99. The result is increase of The Burning Room‘s average rating in Amazon to 4,3.

The book was part of Kindle First Book program and received an initial push up to the top of the ranks to split the second place. The readers’ reaction was pretty nice – an average 4,1 rating based on 310 plus reviews. Today is the official release of Marked. The plot of the book is set in the future. The year is 2099 and the place is Boston. If you want to know more, don’t waste any time and get the book. 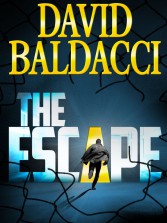 John Puller continues with his adventures. The Escape was released on November 18 and still is doing very well in the ranks. For second month in a row The Escape finds a place in Top 10 improving his position with three places. If you are fan of suspense thrillers, this is your book.

The September’s movie premiere is still putting the book near the top on the planetary ranks. The film adaptation already won some awards. Gillian Flynn is among the nominees for Golden Globe’s best screenplay alone with three other categories from Gone Girl.

Another high jump in the monthly ranks is sending Big Little Lies just a step before the top 3. It’s another book that is set for an adaptation, but this one will be as TV series. The Australian author was kind enough to be the last guest for 2014 to our blog. Check out her interview.

3. All The Light We Cannot See by Anthony Doerr (7th last month) 61

Anthony Doerr is improving in our classification. His novel was announced as one of the best books for 2014 by New York Times. The readers continue to value very high All The Light We Cannot See giving a mastership 4,6 average rating from 5600 plus reviews.

2. Guardians of the Night by Alan Russell (Debut) 73

What a debut by the experienced writer Alan Russell. The novel is jumping directly on the second place being very close to the winning sport. Guardians of the Night is heading Police and Crime genres and for sure is a book to read. Check out the interview of Alan Russell for our blog. 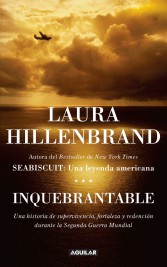 The absolute hit of 2010 is returning to the top thanks to the movie adaptation. The main character Louis Zamperini, who died in July, would be proud of such achievement. With amazing 4,8 average rating from almost 17 000 reviews the Unbroken is one of the best ever received books by the readers.