← NATALIE VELLACOTT: I COULDN’T LIVE BACK IN THE WEST
SAMANTHA LAFANTASIE: I FIND INSPIRATION IN DREAMS →

KP Merriweather is a fantasy, sci-fi and paranormal writer. She re-released Dangerous Methods (The Agency Book 2) in March. Let’s take a closer look into our next feature indie writer, who is a very interesting person. 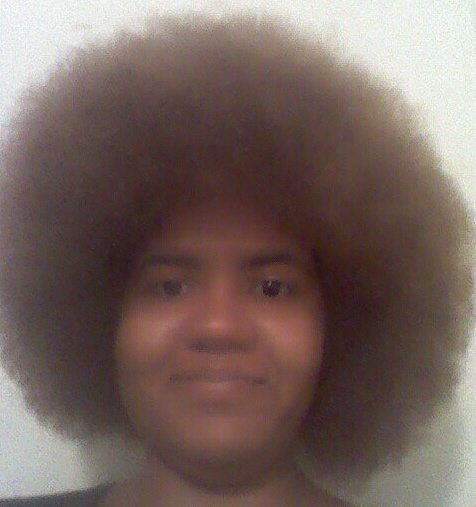 – What is your last book Dangerous Methods (The Agency Book 2) about?
– Dangerous Methods follows the main character, Erik Hart when he gets sent to a reformation center. There he undergoes several perilous trials when forcibly made to remember his history, especially a significant memory that caused his breakdown. At the center, Erik meets others who know him and his past, as well as others who want to get rid of him due to sensitive information he’s harboring. 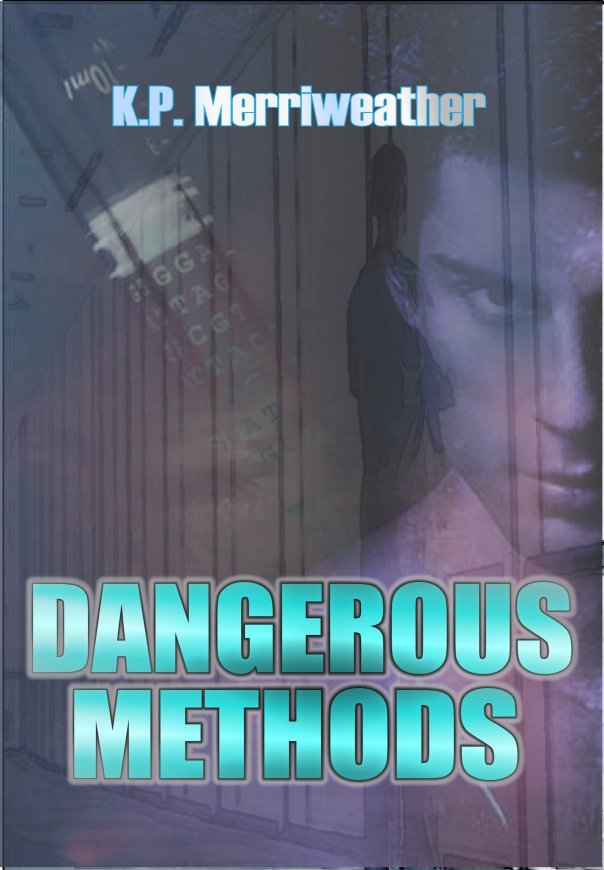 – How you decide to write the story?
– Due to the nature of the story and the large epic plot, I made the conscious choice to write it as a series of concurrent timelines broken into different parts, similar to the directing style of the current James Brown biopic “Get On Up”. I wanted to show different aspects of Erik’s reality, from his past and present, his dreams and memories in how they shape his being.

– What was the biggest challenge during the write up process?
– When I originally wrote The Agency, it was told in first person from Erik’s POV. Though it did well 10 years ago, I felt the story was lacking, especially with all the other elements. So I changed it to third person. However, I don’t find writing challenging. I always had stories to tell and come from a family of storytellers. I find marketing and approaching readers who enjoy cross-genre non-mainstream books difficult.
– Tell us something more about your main character? Is it close to someone from your real life?
– Erik Hart’s looks were based on a young man I met by chance and he impressed me. As for Erik’s personality, he originally was a heroic do-gooder, created as an author avatar to solve my internal problems. I scratched that and gave him his own voice. He’s more friendly and aloof, and a bit disturbed though he tries his best to do well. Erik isn’t like anyone I know in real life.
– How much time you need to finish the story and to publish it?
– The fastest turnaround was 3 months. That included editing, cover art, layout and design. The Agency took me 10 years to write to “get it right”. I published the first 3 books (Chain Reaction, Dangerous Methods and Line of Fire) a year later. Only now I’m republishing them with modern cover art and new titles. 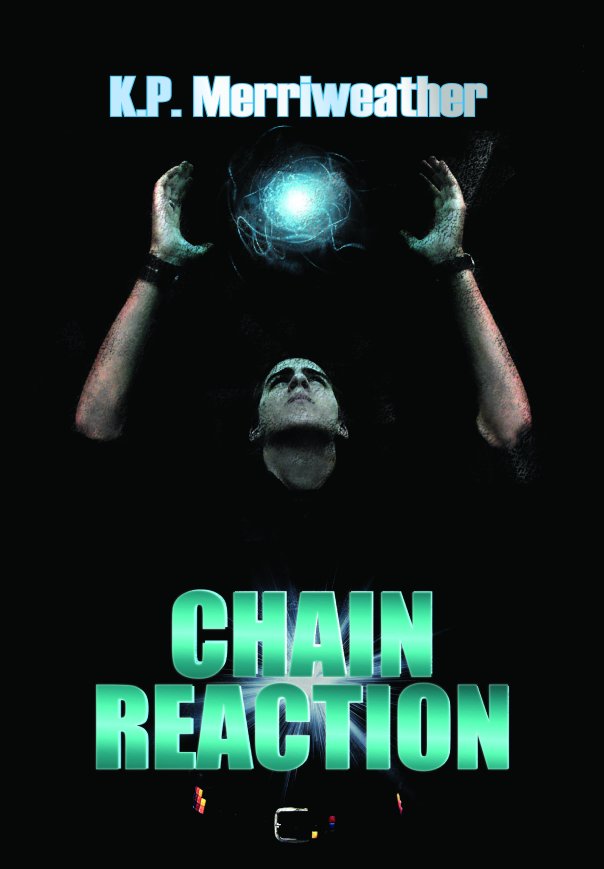 – What about your other two series Signet and Devil Hunter Isawa Chronicles?
– The Most Unlikely Beginnings follows James Russell, a womanizing desk jockey who obtains an alien weapon that causes chaos in his life. It chronicles his various difficult choices he makes in his life, such as being a hero or getting his life back to ‘normal’. Other books in the SIGNET series follows prominent Signet wielders and how they affect James’s world. It’s a large complex story of what it means to be a hero and how one deals with sudden changes in a so-called mundane
life.
Devil Hunter Isawa Chronicles follows the devil slayer Chaka Isawa and his companion, the warrior monk Jurou Seiki. When Chaka gets possessed by devils, he seeks out the services of a monk to help him clear his name regarding the murder of a prominent doctor. Jurou’s assigned to Chaka to exorcise him of devils possessing his body so that he can stand trial. Together they are involved in the prominent celestial event called ‘Maijin Tensei’, when the sealed devil lord Ototanashi breaks his thousand year curse to return to their world and get his revenge against the holy warriors who put him away. Chaka seeks out the legendary holy weapons to send the devil lord back, also hoping they will be enough to drive off the demons currently inhabiting his body.
– Who are you and what is your real name?
– My real name is Kimberly Merriweather. Due to my name being long, I shortened it to fit on book covers. As for who I am, I’m a jaded person with a lot of issues and I drink heavily and chain smoke. I really don’t like talking about myself since I don’t think anyone would find me interesting. I mainly write novels, I program video games, I draw comics and I just aspire to make enough money to leave the ghetto neighborhood I live in. I don’t want for much, just a serene life without dealing with racist sexist people.
– What are your writing habits?
– I suffer from chronic insomnia and I feel lucky if I get at least 4 hours of sleep instead of passing out due to exhaustion (or get anhour or two of sleep when I’m able). Most times I work on my various books (I wrote over 80 ten years ago) and program video games (I made over 30 during the same time period) and currently trying to update the games for modern platforms. (They were originally written for windows 98 and XP).
– Are you satisfied by the sales of the book and do you plan another one?
– I haven’t made much in the way of sales, aside from buying copies myself to send to friends and family (though lately it’s slowly picking up steam). I can’t afford marketing after spending almost my life savings ($2500) on promoting Chain Reaction when released back in 2009 (it was in another version back in 2005, long since out of print). I now do the best I can, and hope the strength of my writing will move copies. I try to engage in forums as much as possible and I continue writing.
– What are you doing to promote by the best possible way your book?
– I spend as much time as I can online, joining writing and reading forums, getting to know readers and other writers. I’m always trying to give away my books as much as possible to reviewers if I can find them. If I had the money, I’d hire someone to do the grunt work.
– You love comics, but who are your top 3 comics’ heroes?
– Superman, X-men and all their iterations (X-force, New Mutants, etc), and any independent comic or manga or manwha that catches my attention. I read a lot of comics, from the 60’s to the 90s. I hadn’t read anything new from DC or Marvel, having changed my focus to Asian comics. I might read some new ones, like Dethklok or Black Dynamite. My favorite writers/creators were Warren Ellis, Jim Shooter, Mike Grell and Rob Liefield and am not a big fan of Allen Moore. I know that’s blasphemous, lolz. I read a lot of independent comics as well, like “Return of the Super Pimps”, “The Fro”, and “Henry and Glenn”.
– Do you think that Batman is undead creature?
– Lolz, I have to ask my sister. She’s a Batman fan. Though seriously, if they made a new iteration of a Batman zombified, I’d check it out. I liked Amalgam Comic’s take on it, creating Dark Claw (a
Batman/Wolverine hybrid). I like the new Batman 64 due to its campiness. But Batman is okay. I guess it depends on who writes him.
– A good video game or a good book? What is your preference and why the new generation prefers to stay more and more in front of the computer instead of reading some adventure story?
– Personally I enjoy a good book, however I also enjoy a well written video game. However, it seems these days a good book or a video game are hard to find. I love video games where I can immerse myself in for hours. It’s not unheard to waste 80+ hours doing all the side quests in an RPG or sitting all night unlocking all the fighters in a fighting game. I hadn’t a modern system since the PS2 and my last PC game I bought was Devil May Cry 4. Games these days seem to be more about visuals and not the story. My focus is on retro games, where the story mattered not the graphics.
My best guess why the current generation stays in front of a computer is because they’ve been taught not to think that hard and not have an imagination. I fear of growing old and having those kids running the nursing home. By the time I reach age 150, I’ll have my cybernetic parts and my plasma shotgun to shoo off thugs from my stoop.

Check out more about Kimberly at her Web Page

← NATALIE VELLACOTT: I COULDN’T LIVE BACK IN THE WEST
SAMANTHA LAFANTASIE: I FIND INSPIRATION IN DREAMS →