JONAH C. SIROTT: THIS IS THE NIGHT IS ABOUT A COUNTRY MIRED IN WAR

The official release of Jonah C. Sirrot’s first full novel This is the Night is set for November 1. The book is already available for pre-orders.
Our next guest is living in San Francisco, but was born in Berkeley, California. He graduated at University of Minnesota with MFA degree. 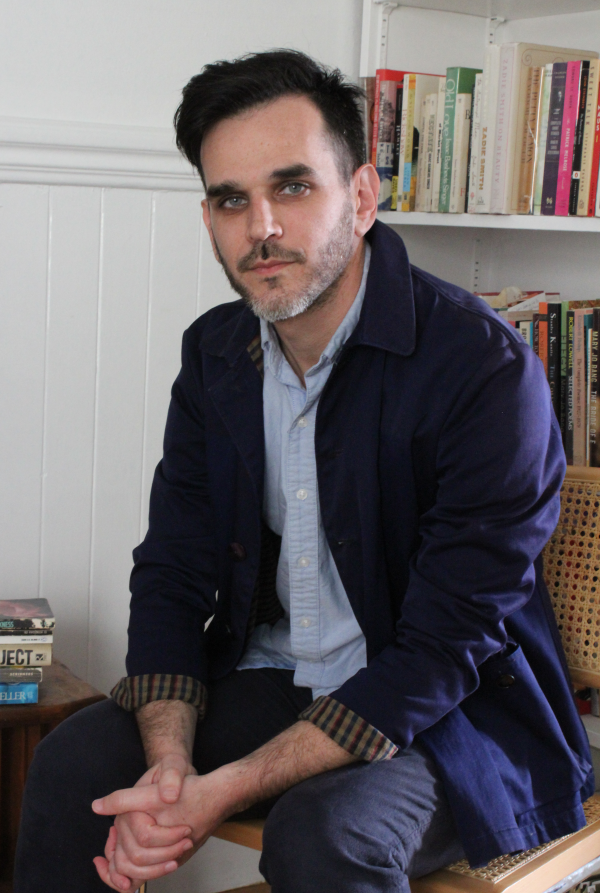 – How did you decide to write the story?
– From a young age I was struck by the realization that among my peers, everyone’s father had either served in Vietnam or gone through (usually) great lengths to avoid doing so. Growing up in Berkeley, California—an historic hotbed of anti Vietnam war activism—the latter was more often true. Much of this book arises from my desire to understand what a world where mandatory conscription might feel like.
– What was the biggest challenge during the write up process?
– The most difficult aspect of writing the book was keeping track of where all the characters were in space and time. With a multi-character novel, one needs to have a clear sense of how every event relates to the other.
– Tell us something more about your main characters Lance and Lorrie?
– Lance and Lorrie are characters whose relationship is tested both because of who they are and their distinct personalities, but even more so because of the world around them.
– How much time did you need to finish the story and to publish it?
– Once Little A bought the book I worked with my fantastic editor Carmen Johnnson for almost nine months.
– What the readers will find in your short story Consolation Blackout?
– Consolation Blackout, unlike This is the Night, is grounded in an easily identifiable specific place and time. Though on the surface, the characters in this short story may seem to be grappling with different issues than those in This is the Night, in the end, all of them are wrestling with fundamental notions of how to exist in the worlds they live in.
– How would you describe yourself with a sentence?
– “Be regular and orderly in your life, so that you may be violent and original in your work.”
Gustave Flaubert
– What are your writing habits?
– I like to write very early in the morning, before all the responsibilities of the day begin. Solitude and a lack of distraction are essential.
– Please describe the feeling when you took in your hands the printout copy of your debut book?
– “Of all the things which man can do or make here below, by far the most momentous, wonderful, and worthy are the things we call books.”
Thomas Carlyle
– What are you doing to promote your novel by the best possible way?
– Good question!
– When we will see your next project and would you unveil something more about it?
– All I know at this point is that the next book will have identical twins in it.
– Do you remember the exact moment when you decide to put your ideas into a full novel?
– There wasn’t an epiphany along the lines of “I’ll make these ideas swirling around my head into a book!” Instead, I’d describe the creation of This is the Night as a slow series of false starts and dead ends which gradually made their way into a cohesive work.
– If you may ask yourself one question in the interview what it will be?
– I always like it when authors recommend books. So my question to myself is: what’s an underrated book that people should read? My answer would be Mrs. Bridge by Evan S. Connell. This amazing novel is a series of vignettes that gradually add up to a touching and tragic portrayal of a life.

To find out more about Jonah C. Sirrot check out his Website

Posted on October 19, 2015, in Author, Books, Interview and tagged author, book, Jonah C. Sirott, This is the Night. Bookmark the permalink. Leave a comment.