← AMY MORIN: PRACTICE GRATITUDE EVERY DAY
MARIE BOSTWICK: THE IDEA OF THE SECOND SISTER CAME FROM A FUNNY CONVERSATION →

ANDREW PETERSON: THRILLER HEROES HAVE TO BE BIGGER THAN LIFE

Andrew Peterson’s new novel Contract to Kill was published few days ago. The fifth book of The Nathan McBride series received superb reviews and is standing solidly with average 4.7 Amazon stars.
Our next guest is a native of San Diego. He is known for his books donations to
wounded warriors and troops serving overseas. It’s a great pleasure to welcome Andrew Peterson at Land of Books. 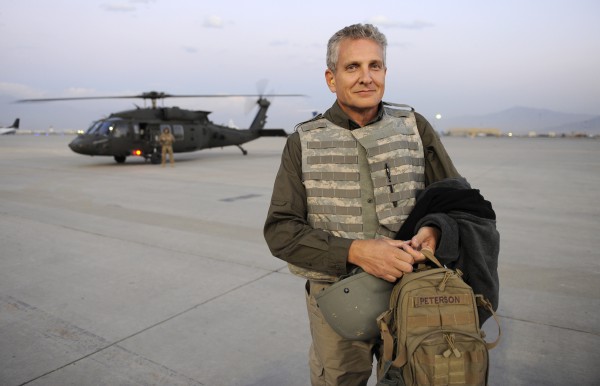 – Andrew, what is your new release “Contract to Kill” about?
– Ognian, first let me thank you for inviting me to blog with your readers. I appreciate the opportunity to interact with them.
I brought back some characters from my debut novel, FIRST TO KILL, and it was fun getting reacquainted with them! Okay, here’s the cover copy synopsis of CONTRACT TO KILL:
When Toby Haynes witnesses a double murder—and suspects his boss, Tanner Mason, as the perpetrator of the crime—he does the only thing he can think of: he calls in Nathan McBride. CIA special ops veteran McBride and his partner, Harvey Fontana, respond to their friend’s plea. As they launch a covert investigation into Mason, the security chief for one of the nation’s leading private military contractors, they discover that not everything is as it appears. Mason and his inner circle are leading a top-secret operation to tackle a wave of crime plaguing the US-Mexican border, and the murder may have been part of their complicated strategy—or part of a more menacing agenda. Soon McBride and Fontana find themselves engaged in a deadly game. With a powerful politician behind it all, stopping Mason could mean joining a secret war—with truly global stakes.

← AMY MORIN: PRACTICE GRATITUDE EVERY DAY
MARIE BOSTWICK: THE IDEA OF THE SECOND SISTER CAME FROM A FUNNY CONVERSATION →