← VINCENT ZANDRI: I TRY TO LIVE A FULL LIFE
JACQUES VANDROUX: MY WIFE IS HALF THE HEART OF OUR WRITING ADVENTURE →

R.L. Henry’s debut novel Hybrid was published in November. The reception of the book was great. The readers gave an average of 4,9 amazon stars from 9 reviews so far. It’s time for our next chat with the new talent on SciFi genre’s horizon.

– What is your book Hybrid about?
– Hybrid is a fast action SciFi novel about one man’s journey into Pine Gap. A secret underground government base of unknown origin. There he encounters species X, two alien breads that have been at war for centuries. Agent Van finds himself wrapped up in the war when he falls in love with an alien hybrid, Annika. He must travel into Hollow earth to save the woman he loves, for Annika is the planet’s only hope for survival. 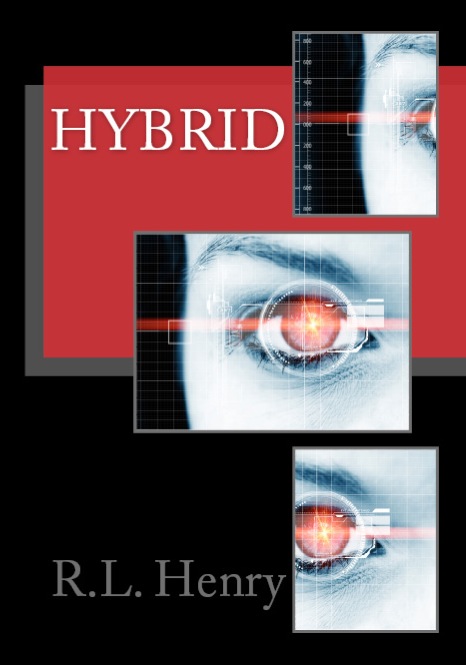 – How did you decide to write the story?
– I just woke up one day and said “I want to write a book”. The story unfolded before me.
– What was the biggest challenge during the write up process?
– Finding a way to summarize the complex storyline into a catchy paragraph.
– Tell us something more about your main character? Is it close to someone from your real life?
– No. Agent Van is completely fictional. However, he does have some admirable traits that I love about my husband. Agent Van is a honorable man who will die for those he cares about.
– How much time did you need to finish the story and to publish it?
– I wrote the entire story in two weeks. It then took me another two weeks to edit and publish Hybrid.
– Who are you?
– I am a mommy of two, a wife to the love of my life, a daughter to a wonderful lady, the daughter in law of a cool biker grandma and a crafter. I’m only happy when my hands are busy creating something.
– What are your writing habits?
– I don’t have any special habits when I write. The only thing that might be unique is that I never go into a story with a plot, I let the story unfold itself as I type.
– Are you satisfied by the sales of the book?
– Sadly no. I am very appreciated of my sales and continue to get excited each time someone picks up a copy, but of course I would love to sell a million copies.
– What are you doing to promote your book by the best possible way?
– I am using twitter, goodreads, facebook and blog interviews. I have also made a book trailer which has helped.
– When we will see your next novel?
– My next novel will be released late this month.
– You visited 26 countries. From where came your love of traveling?
– I was born adventurous and always wanted to travel. When I married my hubby we were blessed with the opportunity to move overseas. Once my foot stepped on foreign ground there was no stopping me. My daughter was raised in England and my son was born in Singapore. Every time I went to a new country I took my children with me. Jude and Penelope have been raised riding elephants in Thailand and having tea in the countryside of England.
– Your husband edited Hybrid. Did you have some arguing about the content and how you decide the disputable moments in edition process?
– No, ha ha. David is the most easy going man alive, you would have to be a real meany to argue with him. We are very much like minded and the process was smooth. I later had Raquel Guzman, do a final edit of my book and that is the finish copy available today.
– What are you working and how it helps to your writing creativity?
– I’m working on my third novel, The GMO Project. Watching documentaries on subjects that fascinate me get’s my creative flow going.
– If you may ask yourself one question in the interview what it will be? (Don’t forget to answer)
– What part of Hybrid am I most proud of. The dialogue. when I wrote dialogue I pretend I am each character and go into their minds to create a realistic, movie script conversation. I believe that is one of my strong points as an author.

Take a look at her book:
Hybrid

← VINCENT ZANDRI: I TRY TO LIVE A FULL LIFE
JACQUES VANDROUX: MY WIFE IS HALF THE HEART OF OUR WRITING ADVENTURE →