LORI SCHAFER: DEALING WITH EMOTIONS IS THE BIGGEST CHALLENGE

Lori Schafer’s memoir On Hearing of My Mother’s Death Six Years After It Happened is a very deep and brutal book. When I read the answers in the interview it was like something scary passed through my body. The author earned my respect for the bravery to tell such a personal things. Are you ready for some real deal life story? 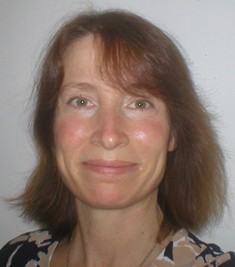 – Lori, What is your book On Hearing of My Mother’s Death Six Years After It Happened about?
– On Hearing of My Mother’s Death: A Daughter’s Memoir of Mental Illness commemorates my adolescent experience of my mother’s psychosis. I was sixteen when it happened, and I watched helplessly as she became violent and dangerous, to the point where I literally feared for my life. Her fears and delusions grew so powerful that for a time she took me out of our house, and even out of school. After several botched attempts at escape, I finally succeeded in running away from home just a week after graduation, only to find myself facing months of homelessness and hunger – and the ever-present fear of her finding me again.

To learn more about Lori check out her web page

Take a look at her books
Stories from My Memory-Shelf: Fiction and Essays from My Past
On Hearing of My Mother’s Death Six Years After It Happened: A Daughter’s Memoir of Mental Illness

Posted on November 12, 2014, in Author, Interview and tagged author, books, interview, Lori Schafer, On Hearing of My Mother's Death Six Years After It Happened. Bookmark the permalink. 5 Comments.