← JOAN CURTIS: MY HOPE IS READERS WILL LAUGH AT TIMES AND CRY AT TIMES
P.S. WINN: MY BIGGEST CHALLENGE WAS TRYING TO CHANGE ALL THE REAL NAMES →

Laura Gill is our next featured author. Her last book Knossos was published in May. As a specialist of Ancient Greece she told a unique story about the legendary Labyrinth. Here is an interview with the author, who will tell us more about her book.

– What is your book Knossos about?
– Knossos is about the history of the actual Labyrinth in Crete, from its beginnings as a Neolithic settlement in 6300 B.C. to the end of the Bronze Age in 1200 B.C.

– Why did you decide to write the story?
– I’d always wanted to write a book set at Knossos, in the real-life Labyrinth, but which Labyrinth? There’s more than one. I knew I didn’t want to do Theseus and the Minotaur, because it’s been done and redone by other authors, but the more I researched the period and the site, the more fascinating Knossos itself became. It has a long history of occupation, with many different layers. There were at least three or four distinct Labyrinths, which were built and destroyed by fire or natural disasters such as earthquakes, and rebuilt again. So I thought, why not make that my story? 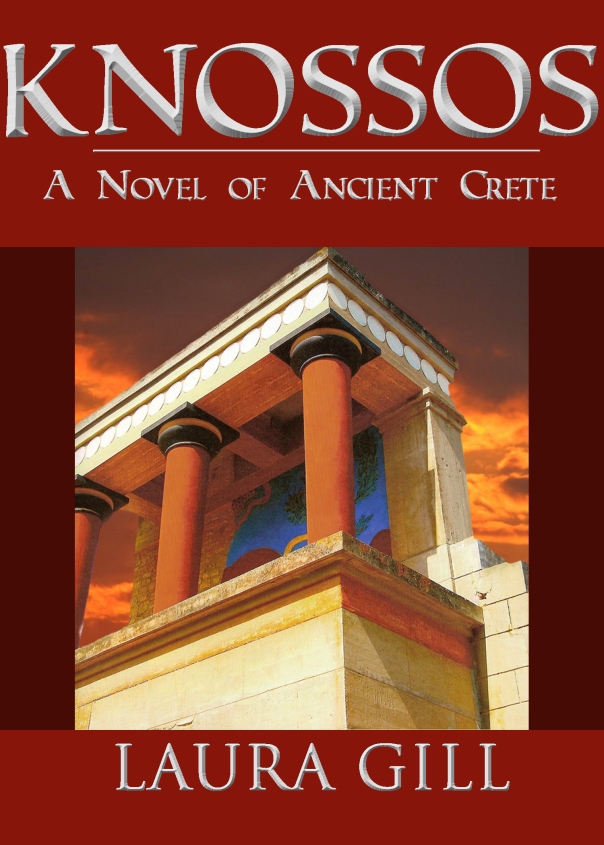 Check out more about Laura at her
BLOG
ARTWORKS

← JOAN CURTIS: MY HOPE IS READERS WILL LAUGH AT TIMES AND CRY AT TIMES
P.S. WINN: MY BIGGEST CHALLENGE WAS TRYING TO CHANGE ALL THE REAL NAMES →